Switch to the dark mode that's kinder on your eyes at night time.

Switch to the light mode that's kinder on your eyes at day time.

New trials have shown that using shrooms to treat depression is very effective. Researchers claim that it will one day be impossible to ignore its positive treatment potential. How might psilocybin become a dependable macro or microdose treatment in the near future?

Lying on a bed in London’s Hammersmith Hospital, depression patient, Michael, agreed to consume psilocybin in a capsule form. This active ingredient in shrooms would soon take an effect on his depression. However, he had no clue what would happen next. The 56-year-old website developer from northern England had battled depression for 30 years. He tried conventional therapy and many types of antidepressants without success. The death of his mother and close friend had left him at one of his lowest points yet. He searched online to see if the mushrooms sprouting in his garden were the kinds that induce hallucinations. During his time spent researching, he discovered and eventually entered a medical trial at Imperial College London.

Michael listened to music, surrounded by candles and flowers in the decorated clinic room. He waited anxiously for the shrooms to take effect. After 50 minutes, he saw bright lights in the distance and embarked on a five-hour journey into his own mind. Here, he would relive a variety of childhood memories and face his pain head-on. Over the next three months, his symptoms of depression decreased as a result of taking shrooms. He was optimistic and tolerant, enjoying hobbies he had become indifferent about, such as walking in the Yorkshire countryside and photographing nature.

Michael said, “I became a different person. I couldn’t wait to get dressed, go out into the outside world, see people. I had supreme confidence, more like when I was younger before the depression started and got worse. “ 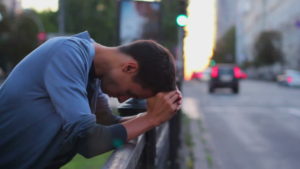 This psychedelic drug can be found naturally in about 200 species of fungi, such as Burma Spores or Ecuador Spores. To varying degrees, Michael and the other 18 participants saw their symptoms reduce within a week after two treatments. Five weeks later, 9 of 19 patients found that their depression was still significantly reduced (by 50% or more). Having experimented with all other treatments, these patients had dealt with depression for an average of 18 years. The trial reached its launch of a second phase: An ambitious effort to test psilocybin in a larger group (including a control group, which Michael’s study lacked), comparing the performance of the drug with Escitalopram, a common antidepressant. The team concluded that the results of the trial prove to be promising for psilocybin.

Imperial’s current work is among a series of new studies that a group of professors, activists, and investors. They hope it will lead to medical approval of psilocybin as a transformative treatment. Other recent trials include an 80-person study led by the Usona Institute, a Wisconsin-based nonprofit medical organization, and a trial at King’s College London. Additionally, a 216-person trial taking place in the United States, Canada, and Europe. It is managed by the London-based life sciences company Compass Pathways. Robin Carhart-Harris, director of Imperial’s Center for Psychedelic Research and a scientific advisor to Compass, believes that psilocybin could be a licensed drug within five years, or even sooner. He stated, “At that point, it would be like an irresistible and indefensible force to ignore the weight of the evidence.”

Although shrooms have not always been used for depression, they have been a part of religious rituals for thousands of years. In 1957, Albert Hoffman, a Swiss chemist working for the Sandoz pharmaceutical company, isolated psilocybin from the fungus. Fifteen years before, he accidentally consumed LSD, experiencing its psychedelic effects. Unfortunately, the substance was banned soon after as it was associated with the counterculture of the 1960s.

Psilocybin remains in the most restricted category today under the United Nations Convention on Psychotropic Substances, the US Controlled Substances Act of 1970, and the UK Drug Abuse Act of 1971, among others. David Nutt, a professor of neuropsychopharmacology at Imperial who oversees current trials, questions the evidence for this, saying that heavily restricting the drug (and other psychedelics) has hampered research and led to “lies” about its risks and medical potential. For him, the decision is “one of the most egregious examples of censorship of science and medicine in the history of the world.”

What Does the Research Say?

If successful, a new wave of research could continue to change psilocybin’s reputation after decades of the embargo. Carhart-Harris believes this drug provides a better, more comprehensive treatment than existing antidepressants. It could be a powerful new way to treat many other mental health problems, including anxiety. A 2016 study at Johns Hopkins University of 51 patients with life-threatening cancer found that high doses of psilocybin significantly reduced depression and end-of-life anxiety, helping patients come to terms with death. A recent study by New York University found similar results. Ongoing studies aim to further explore the potential of psilocybin in reducing smoking and alcohol dependence. The first studies produced convincing results. For example, Johns Hopkins researchers showed in a small study that 80% of heavy smokers did not smoke for at least a week or even six months after a psilocybin treatment.

Carhart-Harris believes that one of the reasons the drug has been effective in treating depression during studies is that it can help people see their lives from a better perspective. Patients often feel like they see a more true version of reality than the sober therapists give them.

Much of psychedelic neurobiology remains unknown, but fMRI scans of patients’ brains after taking shrooms have shown promising results. The scans showed decreased blood flow and resting amygdala, often shown as overactive in depression and anxiety. They also show weaker connections between brain networks. They are then reincorporated into what the Imperial team sees as part of a brain restart with psilocybin. This may explain why the drug encourages some patients to rewire the way they think. It may also break compulsive thoughts and behavior patterns. Researchers believe that psilocybin behaves differently from most modern drugs. They say that conventional antidepressants relieve emotions to help people cope, while psilocybin increases our emotional responses and encourages people to actively and effectively deal with their depression.

Future of Shrooms for Depression

As for the near future, many therapists, patients, and others are pushing for its medical availability. Many other therapies, such as cognitive-behavioral therapy, also aim to change thinking patterns but infrequently produce great results. This is often in combination with antidepressants, but some therapy settings cannot offer them. The World Health Organization informs that greater than 300 million people worldwide suffer from depression. However, scientists say many of the most serious cases do not receive proper treatment. Something needs to change, and fast.

Scientific, legal and business problems can take years to solve. For many previously treated patients and for some of the therapists who refer them, there is no doubt that ridding the stigma about using shrooms for depression is only a matter of time. Simply sparking a conversation about the subject or showing off one of these shirts proudly, may likely make a significant and positive difference. As time goes by, psilocybin will increasingly continue to change the lives of those who suffer from depression and similar ailments.

What do you think?

Statements about dosages and treating various ailments have not been evaluated by the FDA and are not intended to diagnose, treat or cure any disease. Always check with your physician before starting a new dietary supplement program.
READ FULL DISCLAIMER

Back to Top
Close SUBMIT YOUR ARTICLE

Your password reset link appears to be invalid or expired.

To use social login you have to agree with the storage and handling of your data by this website. %privacy_policy%

Send this to a friend