Switch to the dark mode that's kinder on your eyes at night time.

Switch to the light mode that's kinder on your eyes at day time.

PTSD or Post-traumatic stress disorder, a naturally arising reaction to a traumatic experience, is quite challenging to treat. It very well may be agonizing to someone to recall and measure the profoundly upsetting situations that have occurred in their past. Nonetheless, recent research suggests that there is a potential to treat the devastating trauma people experience. The research involves giving patients psychedelic drugs, such as a psilocybin. Positive results uncovered in many psychedelic-assisted therapy studies offer hope in furthering the number of treatment opportunities that are available.

Researchers have been investigating psilocybin not only as a PTSD treatment but for an assortment of other conditions. These conditions include depression, autism, addiction, among multiple others. Psychoactive drugs were once viewed as a hazard to mental function, how ironic. Now, they are rising as a prospect to attain optimal mental function. Perhaps they could greatly reduce trauma in PTSD patients beyond the benefits of other drugs used for PTSD. Researchers are always searching for better treatment methods, and psilocybin is a front-runner.

PTSD: What is it?

PTSD is a psychological condition caused by witnessing or firsthand experiencing one or more deeply unsettling events. These may include but are not limited to physical assault, sexual abuse, or any kind of violence. Additionally, children who have experienced trauma seem to have a higher risk factor for developing the condition. Symptoms include nightmares, night terrors, flashbacks, anxiety, depression, and a feeling of re-experiencing past events. PTSD can torment people’s lives for years on end and severely affect relationships (i.e. friends, family, spouse, etc.). As a result, this illness negatively impacts the quality of life for a PTSD victim in a multitude of ways. Greater than 8 million individuals suffer from PTSD at this given moment. Women are roughly twice as likely to be diagnosed with this condition.

Why is finding a treatment for PTSD so difficult?

There is an assortment of medicines for PTSD treatment purposes: prolonged exposure, cognitive behavior therapy, and therapies alike which comprise processing traumatic experiences. Matthew Johnson, Ph.D., Johns Hopkins psychiatry professor and principal investigator of many psychedelic research studies asserts that “The problem with prolonged exposure therapy, which helps you confront your trauma triggers, is that it requires a lot of clinical engagement.” He also said, “The issue with delayed introduction treatment, which causes you to stand up to your injury triggers, is that it requires a great deal of clinical commitment.”

Since the side effects of PTSD can cause issues with trust, closeness to others, and interpersonal interaction, commitment is doubly trying for individuals with PTSD. To lay it out plainly, says Johnson, “It’s difficult to talk about trauma. That’s why adherence tapers off and drop off rates are high.” The time span required, alongside the expense, can make existing treatment conventions less realistic too. Specialists gauge that about 30 to 40 percent of individuals experiencing PTSD don’t get adequate help from existing medicines, including group therapy, cognitive behavior therapy, and antidepressants. There are likewise limited therapy options such as cognitive processing therapy. These kinds of options are slowly becoming more accessible, but medicine can also be quite valuable in the treatment of PTSD.

The inadequacies of presently accessible medicines make the advancement of new PTSD medicines a priority, like treatments involving psilocybin. Public demand as well as convincing information as far as conceivable efficacy, is creating greater receptivity for drugs recently marked as contentious and questionable. Every day, fewer people are claiming that these medications have ‘damaging psychological effects.’ Instead, they are beginning to learn the positive truths that psychedelics hold in the medical field.

As of now, therapists and different specialists utilize FDA-endorsed meds to treat PTSD. In spite of that, people are starting to address the old inclinations about hallucinogenic drugs. Exploration proposes that they may be useful in the treatment of psychological conditions.

Psychedelics are mind-changing substances that fall under a class of drugs called hallucinogens. Hallucinogens cause individuals to have encounters with striking things that show all the signs of being real yet people create this stuff in their minds. A psychedelic experience can continue for up to 12 hours, according to the Public Foundation on Medication Misuse (NIDA). More than 100 types of mushrooms contain psilocybin, the dynamic compound which gives them the informal name “wizardry mushrooms.” Some popular Psilocybe Cubensis strains are B+ Mushrooms, Golden Teacher Mushrooms, and Mazatapec Mushrooms. One reason why psilocybin treatments are preferred to MDMA and ketamine is because psilocybin is a naturally occurring substance.

Psilocybin PTSD Treatment: How it Works

Johnson says, “It’s not just the direct effects of psychedelics on the brain that make the treatment so powerful,” says Johnson.” He also claimed, “Similar to effective therapies like PE, exposure and reprocessing of the trauma is essential. But the addition of psychedelics is more likely to significantly speed up the therapy. The drugs amplify what we think works best.” Rather than 8 to 15 meetings, the proposed course of treatment for CBT or PE, treatments involving psychedelics occur for just a few sessions. Afterward, there is a follow up of sessions where the patients do not ingest any drugs whatsoever. 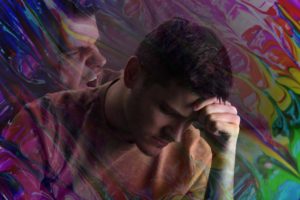 Benefits of Psilocybin as a Treatment Method

Incorporating psilocybin as a PTSD treatment can positively increase the relationship someone has with their therapist, which numerous specialists accept as being just as key to the healing process, if not more than the route of treatment the patient chooses. Specialists accept that these drugs fill the cerebrum with hormones and synapses that build sentiments of trust. The hypothesis is that this feeling of trust originates from the relationship with the specialist. “Set and setting,” proves to be a popular phrase of the treatment. It alludes to the direction of utilizing drugs with a clear, therapeutic purpose: Set implies “outlook” and setting suggests the physical and social climate wherein someone ingests the drugs. Set and setting, when joined with psychedelics, permits patients to reevaluate traumatic recollections with an unrivaled degree of well-being and prosperity.

In conjunction with therapist-patient rapport, Johnson says that psychedelic-assisted therapy has greatly reduced the emotional response to whatever is causing the feelings associated with trauma. Put simply, you can face the trauma without experiencing heightened anxiety and feelings of terror. Diminished reactivity combined with a good relationship with the therapist helps researchers identify the core of what the treatment does. Based on previous and current patients we see an increased level of appreciation for oneself along with decreased feelings of culpability for what they have gone through. It is important to note that doses used in a research setting tend to be much lower than an amount consumed in a recreational setting. Psilocybe Cubensis is the most widely known and consumed species of magic mushroom.

Numerous specialists accept that psilocybin could be legally accessible soon, in many parts of the world. Johnson admits that these appraisals are excessively hopeful due to how much time it takes to implement safety regulations. Public assessment is another factor that contributes to the time it will take for psilocybin to become legal. Luckily, Johnson’s predictions show that us there is something to look forward to in the next 5 to 10 years.

As far as decriminalization goes, we’re making progress. Denver cast a ballot in May to take the name as the first city to decriminalize psilocybin. For Johnson, the future guarantees that psychedelic-assisted therapy treatment will be viewed as a first-line of treatment for a scope of conditions not limited to PTSD, but other serious conditions as well. Psilocybin treatments can also help with addiction and depression. Some websites offer Mushroom Grow Jars which are legal in many countries. This in accordance with the law because mushroom spores do not contain psilocybin.

Remember that psilocybin PTSD treatment is just a piece of the puzzle of a progressing psychotherapy operation. CBT and PE still seem to be the treatment for PTSD, at least for now.

After some time, these medicines can change how one considers a traumatic experience. It is no surprise that re-introduction to the injury can be intrinsically troublesome. However, progressive lengths of exposure can make re-encountering it more doable from the patient’s standpoint, says Johnson. His recommendation is to, “discover professional consideration and don’t surrender. If you remain in treatment you are more likely to get better. Practicing awareness and emotional control can help and so can support from loved ones. Exercise and unwinding similarly assist in decreasing stress and anxiety. 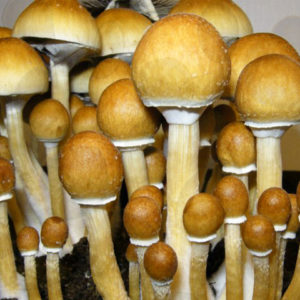 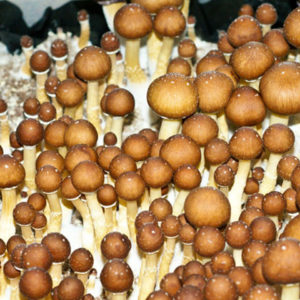 What do you think?

Statements about dosages and treating various ailments have not been evaluated by the FDA and are not intended to diagnose, treat or cure any disease. Always check with your physician before starting a new dietary supplement program.
READ FULL DISCLAIMER

Back to Top
Close SUBMIT YOUR ARTICLE

Your password reset link appears to be invalid or expired.

To use social login you have to agree with the storage and handling of your data by this website. %privacy_policy%

Send this to a friend